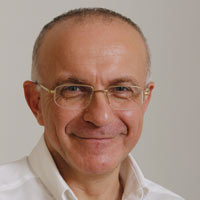 Since 2012, Isak Froumin has been the Academic Advisor of the HSE Institute of Education. Since 2004, he has been Deputy Chief Editor of the quarterly scientific-educational Education Affairs magazine.

From 2006 to 2012, he was the Scientific Director of the HSE Institute of Education. From 2002 to 2006, he was the Professor at the National Economy Academy under the Russian Federation Government.  From 1999 to 2011, he was the chief education specialist in the World Bank Moscow office. From 1994 to 1999, he was the Director of the Experimental Pedagogy Institute of the Siberian branch of the RAS. From 1990 to 1999, he held the position of the Associate Professor and the Head of the General Pedagogy Department in the Krasnoyarsk State University. From 1987 to 1999, he was the Director of Krasnoyarsk experimental school Univers. Member of the HSE Scientific Board. Honored teacher of the Russian Federation. Doctor of Sciences, Professor.