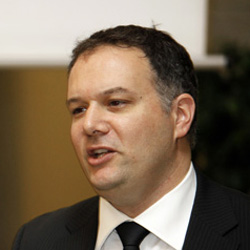 An internationally recognized expert in student financial aid and quality measurement in post-secondary education, Mr. Usher has authored numerous ground-breaking studies in higher education. In addition to his years of work on higher education in Canada, his recent work spans Asia, Europe and Africa as well.

In his former role as Director of Educational Policy Institute Canada (EPI Canada), Mr. Usher managed the Measuring the Effectiveness of Student Aid Project for the Millennium Scholarship Foundation, a 4-year $4 million research project to investigate the long-term effects of student aid and is the author of the project's Final Report, appearing in early 2010. In 2002 and 2004, Mr. Usher co-authored (with Sean Junor) the Price of Knowledge, a volume considered the standard reference on student finance in Canada. More recently, he has written the theme document for UNESCO Europe's decennial meeting on higher education, Ten Years Back and Ten Years Forward: Developments and Trends in Higher Education in Europe Region. He sits on a variety of advisory, supervisory and editorial boards in Canada, Europe and Asia.

Prior to joining the Educational Policy Institute in 2003 and founding the Higher Education Strategy Associates Mr. Usher served as the Director of Research and Program Development at the Canada Millennium Scholarship Foundation. From 1996 to 1998, Mr. Usher served as a researcher and lobbyist for the Association of Universities and Colleges of Canada and before that was the first national director of the Canadian Alliance of Student Associations. He holds degrees from McGill University and Carleton University.